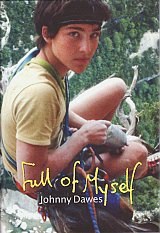 Full fo Myself by Johnny Dawes