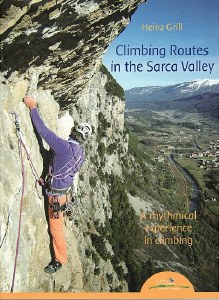 Climbing Routes in the Sarca Valley